“We are excited to welcome Keith to the Aquajet team,” said Roger Simonsson, Aquajet Systems AB managing director. “For the past decade, he has developed a thorough understanding of our product and its benefit to Canadian customers. As more and more contractors and decision makers across North America recognize the value of Hydrodemolition as a safe, efficient alternative to traditional demolition and cleaning techniques, Keith’s application knowledge and experience will help to support customer success across a variety of industries.” 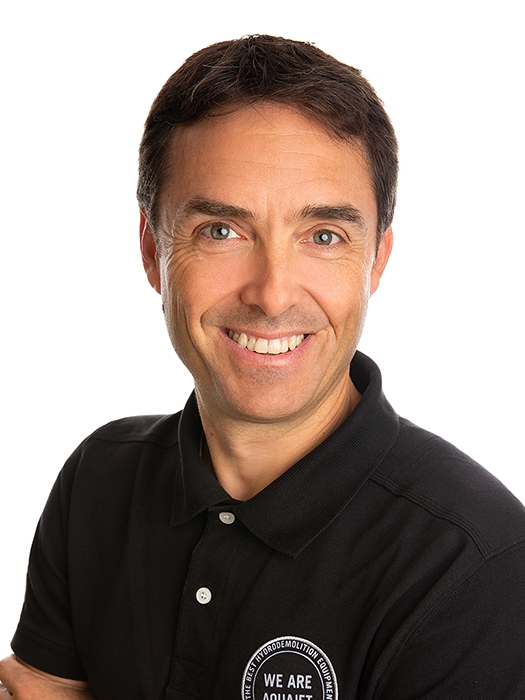 Armishaw joins the Aquajet team with 24 years of experience in the construction sales and service market. He was previously employed at Pompaction Inc. — a Quebec-based distributor of Aquajet, Liebherr, Putzmeister, Gorman-Rupp, Chemgrout and other brands — where he worked his way from service technician to service manager and finally to sales. In 2009, Armishaw’s focus shifted to the sale of Aquajet products in the provinces of Quebec, Maritimes and later in Ontario. At the time, the only Aquajet Hydrodemolition robot in the province of Quebec was a single HVD machine and its accompanying PP700 power pack. Today, there are more than 30 Aquajet machines operating in Eastern Canada.

“From my first days as a technician to my current position with Aquajet, my goal has always been to provide customer-oriented solutions,” Armishaw said. “I believe Hydrodemolition applications will continue to expand as the technology advances. I’m excited to help support Aquajet customers across North America with technical and application advice as they continue to grow and adapt with the changing industry.”